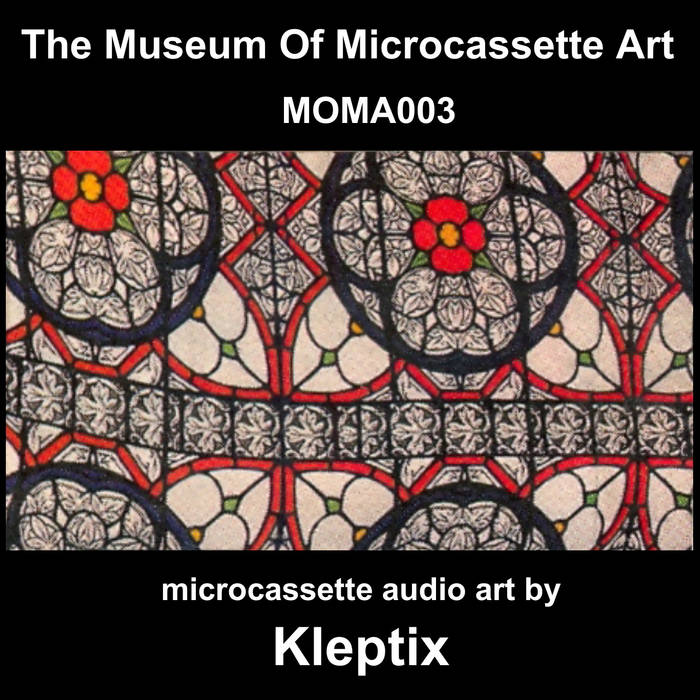 Limited release one of one
For Hal McGee

Troy Peterson artist statement:
The spoken parts were from a found cd having something to do with sounds that the body makes, the other sounds were generated by playing my guitar through the various effects pedals, and into a looping pedal.

[SEE GEAR SETUP PIC IN DOWNLOAD]
The two cassette players on the middle and bottom left in the picture comprise a homemade tape delay that I made which gives everything an organic, wobbling sound. The cassette four track was only used as a mixer for the different sources and also to loop sounds back through the effects. All of the sounds were then captured on the Panasonic tabletop micro-cassette recorder. I'm always picking up walkmans and micro-cassette recorders at thrift stores, so it was my happy day when I found this gem in a junk shop for $2.00. My "songs" are generally improvisational, and I believe the a-side track was my fourth try, and the b-side was the first take. You can hear more of my music and the music of other "fringe artists" at my label's facebook page www.facebook.com/pages/Bad-Mantra/306002802863451