MOMA016 All My Friends Together At Once 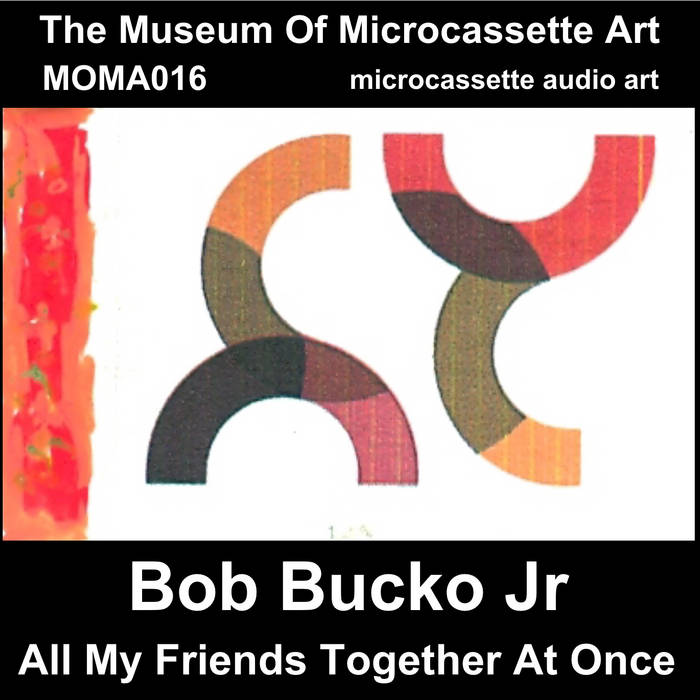 Dubuque, You've Got A Hell of a Thirst

on September 2, 2013 Jay Schleidt wrote:
"Last night I went to Dubuque to do some live projected visuals for Bob Bucko Jr's band, Venereal Crush, at an art exhibit opening reception. He had a micro recorder and said he was almost done with your tapes, and was recording pieces of audio all evening for the finishing stroke. At the end of the night he saw me and was walking toward me to catch a few snippets of my natural audio. He stumbled slightly and the recorder flew out of his hand! It broke, shaking clamors internally. Luckily he said he has another recorder, but even better - the tape was mere moments from the end!"

to which Bob Bucko replied:
"All true, except perhaps 'stumbled slightly' - though recorded mostly at an art opening, I feel this tape may be more an expose of Dubuque, IA's love of the alcoholic beverage."