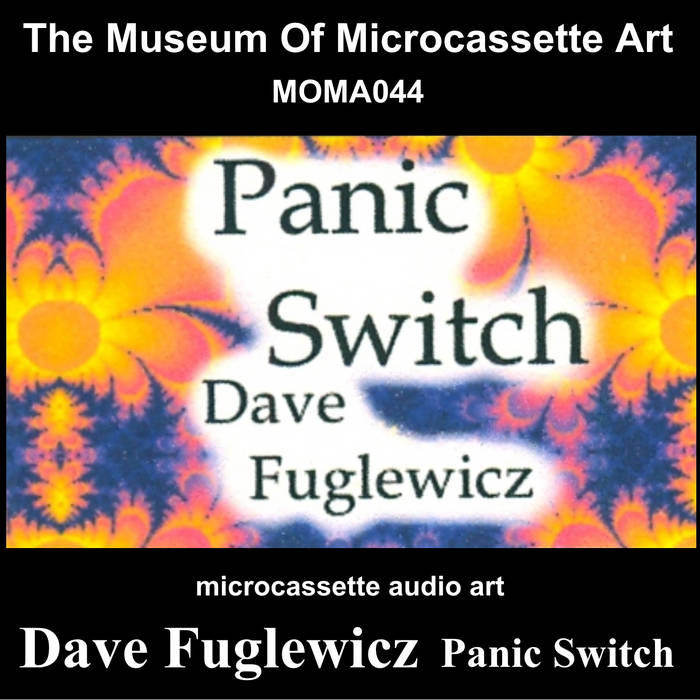 I own a lot of Dave Fuglewicz recordings (perhaps a complete collection), and "Panic Switch" is probably the downright creepiest of all. It starts out with Dave telling an odd, obtuse story about turkey vultures... The album sounds great, and in many ways is one of the strangest MOMA albums. There's this weird unsettling psychedelia thing going on, but it's dark, not happy - there's something a little paranoiac about it - a feeling of dread, which is accentuated by the abrupt starts and stops of the synth drones - hence the title I guess! VST's, found metal percussion sequence involved a couple of scrap pieces of aluminum: the "stick" (hitting device) was a box wrench, the voice experiments involved recording at the 1/2 speed setting. In case you are wondering, a turkey vulture is a "turkey" that feasts on YOUR dead carcass rather than the other way around.