by troubled by insects 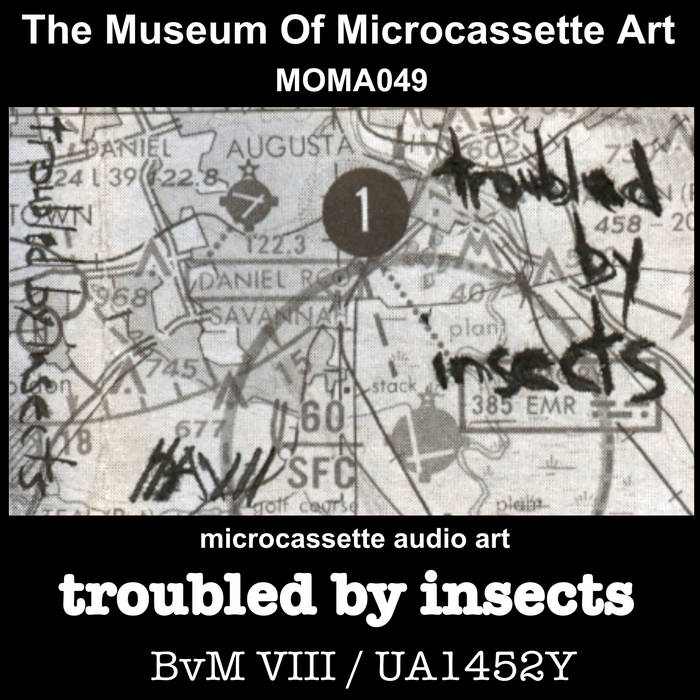 In early 2013 I embarked on a recording project titled 'The Blue van Meer Sequence,' a disciplined attempt to stretch my abilities to create and harness darker, more visceral sounds and melodies. Pts. I thru IV were either studio recorded or archived (and are available @ troubledbyinsects.bandcamp.com), while pts. V-VII were live performances, un-recorded and without archive.
Pt. VIII is an attempt to forge a final moment frozen, a story told and re-told and forgotten and re-imagined. It may very well be the concluding chapter in the Blue van Meer story, the last loose ends I have to tie up.

All sounds found on this side of the microcassette come from single field recordings made September 22, 2013, from aboard the titular flight, Santa Ana, CA, to San Francisco, CA; 7:42 PM to 9:05 PM.

all sounds recorded/processed/created by d.Schultz
Side A: electric guitar, contact mic, various Android applications
Side B: microcassette field recording