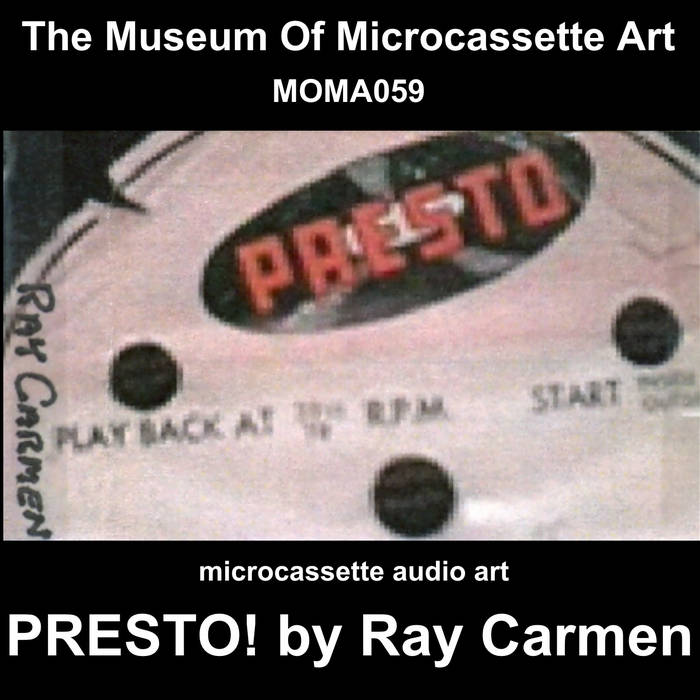 Side 1
I Saw It In A Dream
Big Mistake
Walking Pneumonia
Thank You, Robert Pollard
I Was Only Trying To Help
Mr. Mystery
Say You're Sorry
My Own Company
Strawberries

22 songs, fragments, riffs and environmental sounds recorded on microcassette between 1996 and 2013. Dates listed when known. All songs written by Ray Carmen, except Mr. Mystery which was written by Michael J. Bowman and Ray Carmen, A few tracks were used as incidentals on various releases. "Strawberries" and "Nothing More To Say" were previously released.
C and P 2013 Ray A. Carmen