MOMA069 The Dangers of Experimentation

by That Hairy Canadian™ SOUND 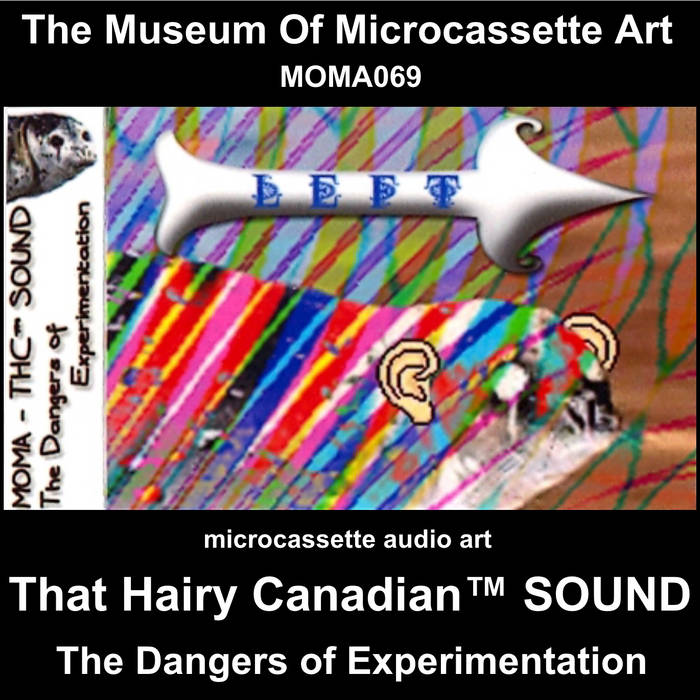 That Hairy Canadian™ SOUND
The Dangers of Experimentation

4) I Always Know Which Way To Go ‐ I Am Never Wrong
[Microcassette sampling. Basic rhythm
and backbeat created from a single "click"]

All samples originally recorded on a Sony M-425 microcassette recorder, with some older samples from assorted Dictaphone and answering machines. Many different instruments, recording devices, and boxes were used to produce this album. I do not own any fancy equipment or mixing devices. The majority of manipulations and final multi track mixing were done using Adobe Audition (CS5.5). Sound sculpting on tracks.

B1-2 were done using synthesizers included with MAGIX Music Maker MX Production Suite. Mixed sampling means that some non‐microcassette samples were used on the track. All samples including voices were obtained legally and include samples from old microcassettes dating back to 1995. Voice samples for the track “I Always Know Which Way To Go” were produced from old ESL practice sessions during several different courses I ran in both Canada and the UK over a number of years. The young woman (Emile) would surely be proud to know she made such a large contribution. Final recording transferred to tape via direct connection to mic wires.