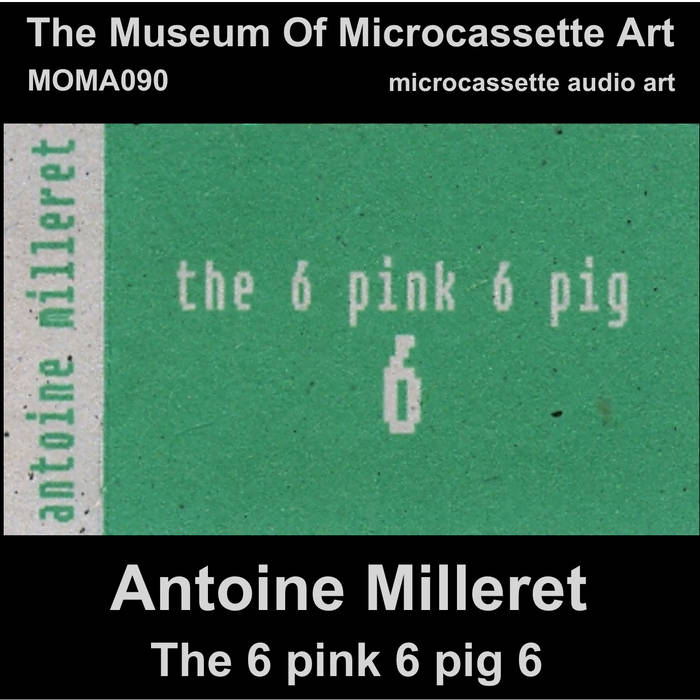 This MOMA occasion was time for the "long time" awaited meeting of
Antoine Milleret
a noise performance project by:
Carapinobausch (from Torremolinos)
&
Hiyohiyoipseniyo (from Manresa)

Two nodes from the:
"Union of peoples of the Iberian Confederation"

Absurreal Fanzine wrote:
with that microcassette we've sent as 'antoine milleret' we are very excited to keep releasing on digital and keep using microcassette for special physical releases and it represents the point that activate us doing 2014 our activity year jejejej. the recording was a live impro based on a monotron by one side an a circuit bent farm by the other, and a lot of live sampling. once recorded using the microcassette recorder line in we did several random passes introducing new dictator short recordings and line in ones... then a bit of level and digital recomposition from the recording and then out back to the microcassette and two more final random passes jajajaj it was a lot of fun the whole day. final result was recorded also on digital, i think the microcassette master will be quite saturated but it does more interesting as we don't listened to it waiting to be at the moma

To view an index of all 90+ album releases of the Museum Of Microcassette Art, go to this page
museumofmicrocassetteart.bandcamp.com