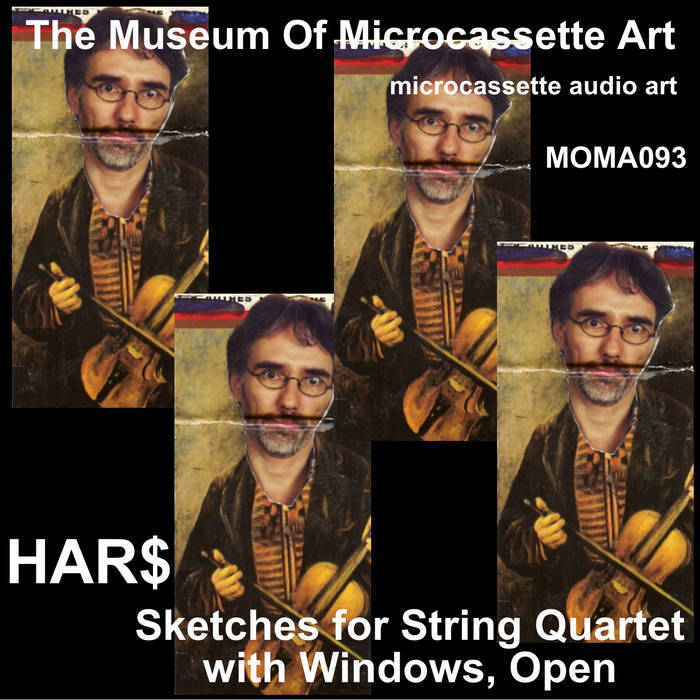 Side A: "Avec ça madame"
Side B: "Bref happy endings"

These 'Sketches for string quartet with windows, open' were recorded early December 2013 in Vincennes, Saint-Maudé and Paris, France. All sounds were recorded directly with the microphone, unmixed & unmodified, onto the Radio Shack MC30 microcassette that Hal sent me, on an AIWA TP-VA300 dictaphone. The mailing of this 30 mins tape incited me to start recording the 24 hours string quartet that gave it its name, in my living room, with windows open; well underway by now.
Mingled with the very first recorded sketches for the quartet, this micro cassette piece contains snippets of Gersande singing along to Valerian's electric guitar, of the sounds of a mechanical toy picked from the pavement on December 9th, of vendors at the Saint-Maudé Sunday market, of French philosopher Mehdi Belhaj Kacem lecturing at La Générale on the spirit of nihilism, of a metro musician playing in the station, and of my mother, calling from Maastricht in the Netherlands to wish me a happy birthday.
- Harold Schellinx, HAR$
December 12, 2013