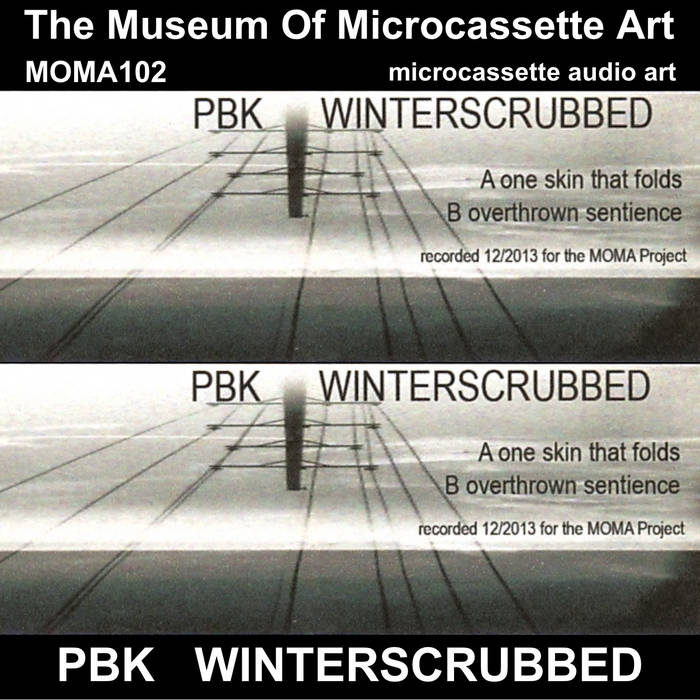 A one skin that folds
B overthrown sentience

The tape uses a variety of sounds, some field recordings, some studio-generated (synth sounds, etc), all degraded through recording/re-recording. I used only the on-board microphone of a malfunctioning microcassette to record through (no direct-in). I found out right away that the sounds recorded through the mic took on a different character from their source so I decided to exploit that by creating chambers to live-record inside. I positioned a cardboard box around a small practice amp (also malfunctioning: it has a short and crackles at times for no obvious reason), and would carefully place the microcassette into the box to record, every now and then dropping small objects or crumpling paper into the box around the tape recorder. When the 15 minutes was finished I would digitize that and make purposely careless edits via music software (reverse portions, add in bursts of noise, pitch shifts sounds, etc) and then play it through the amp while recording again. The process took probably 20 overdubs in this manner to get to the point you hear on the finished tape.