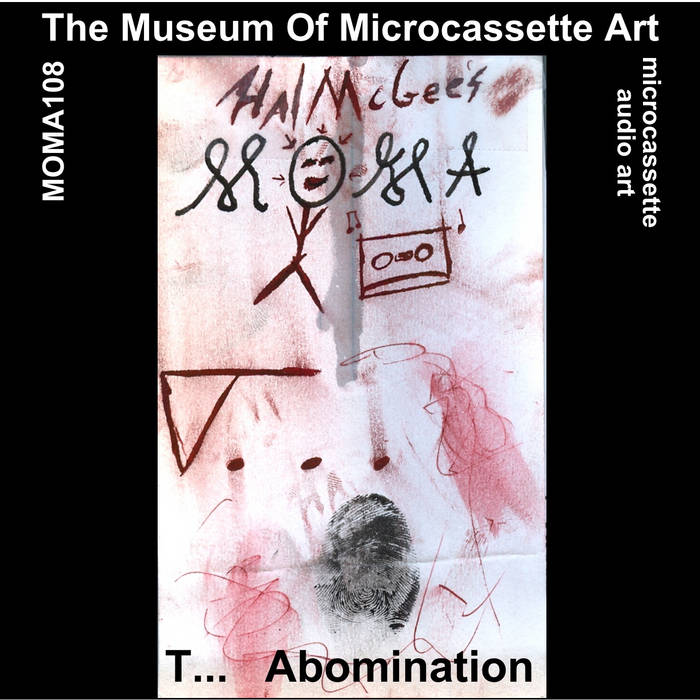 Artist statement:
Side A was recorded from around August 2013 to Early November 2013, though there was one or two tracks that were from earlier dates that I included on the tape. Side B is a straight live recording that was squashed together with some various sounds I decided to add in on the spot around December before I sent it in to try and make it a little more in the spirit of the MOMA. Whether that turned out well is up to you. Most of the sound sources you hear is an old Wurlitzer Piano, my (processed) voice, an unamplified electric guitar being strummed with a microphone, and an old Radioshack keyboard. There is some Microcassette found/daily life sounds on side B, mostly from my own life, though a recorded 78 record was featured on side B as well. There isn't too much of that, though.
Generally the only equipment used was Audacity to process the sounds some since I do not have any equipment to do that live, and the Microcassette recorder itself, a generic no model number recorder by Radioshack, bought from an Antique store.
Generally, the concept of the album is that there wasn't one. I went into this a little over my head, taking it too seriously while not taking it seriously enough. I was happy to be able to participate in a project like this, but I had done none of the sort before on Microcassette or any other medium. What that caused is the abomination that is this tape. Some decent sounds, I'd like to think, but they simply don't complement each other. What I do like about this tape is what it is as an idea. My views on any sort of experimental noise was greatly changed through creating this, and those ideas will go on to influence every tape I may or may not make in my future.