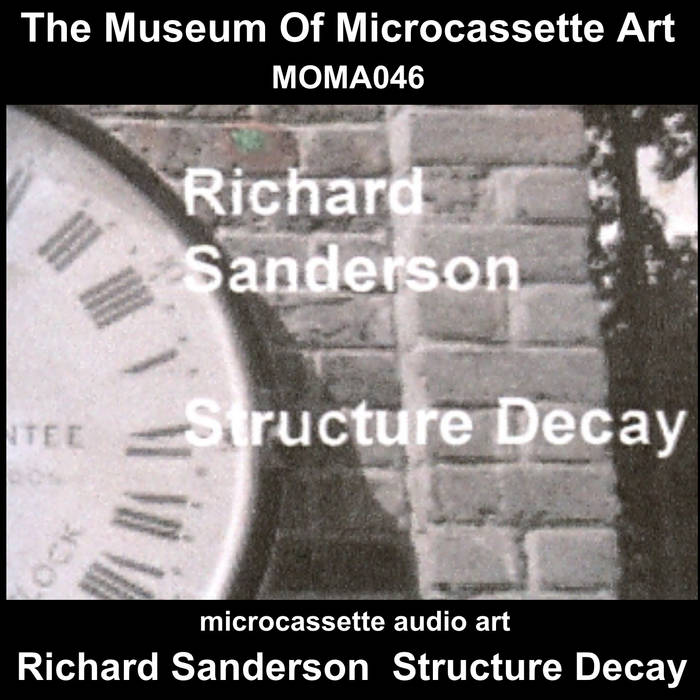 "Structure Decay" consists of two improvisations on a Bontempi Reed Organ. The instrument has a variable volume due to the amount of keys depressed. I have decided to exaggerate the accidental "wow" effect by inserting a magnet in the micro-cassette case -- over time, (probably years) the magnet should slowly create a stripe of silence on the wound tape resulting in a steady pulsing.
- Richard Sanderson Sept 2013.

"Side A of the tape is particularly suited for the daily squish from Canning Town to London Bridge".